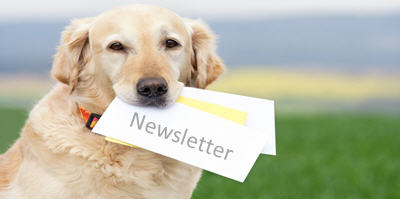 Like the first version of the signal, this second version allows traders to define their own candlestick patterns composed of 1 to 4 groups of candles. Each group of candles has set characteristics such as number of candles, group direction, colours for the candles and relative size of the group.

Concretely, the second version gives the possibility to include more signals with similar features by means of a given code.


A candlestick pattern is defined in two steps. In the first step the trader details the trading hours and the type of signal he is interested in. In the second step the trader defines the group(s) of candles. As usual all parameters can be set in the Designer Dialog window. 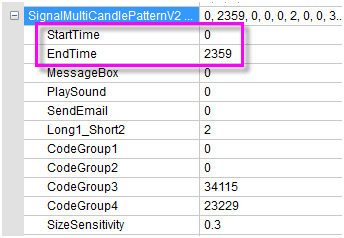 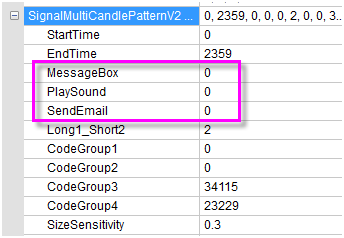 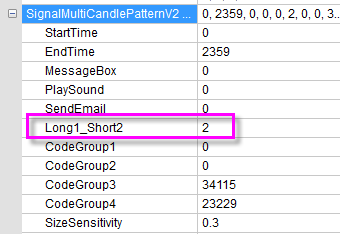 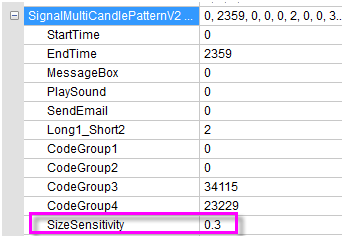 Define the number of groups. Up to four groups of candles are possible. Group 1 is the oldest group. Group 4 is the most recent group. The groups are distinguished by grey backgrounds in the chart. 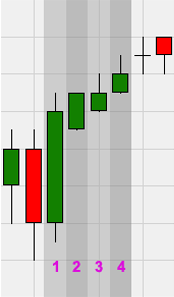 This example shows four groups containing one candle each.


It is not obligatory to define 4 groups. You can also limit yourself to three, two or even a single group. If, for example, you only want 3 groups of candles, set the group 1 code to 0.

Define the candle(s) in each group. The candles in a group are defined using four parameters.

A group can also contain a variable number of candles as shown below:

Direction of the candles.
1: only positive (green) candles
2: only negative (red) candles
0: positive and negative candles

Example 1. You want to find all candlestick patterns which consist of four successive green candles of about equal size. Define four groups of one candle each. The direction of each group is upwards. Each group contains only one positive candle. This already partially defines the code as 1111x. The candles also need to be about the same size. Hence the codes become 11119. 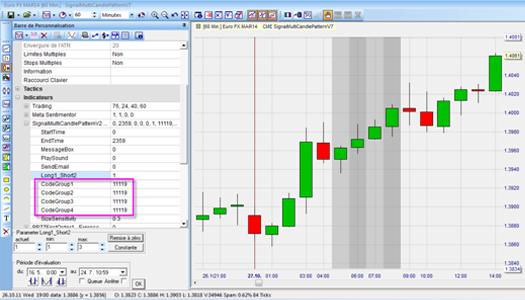 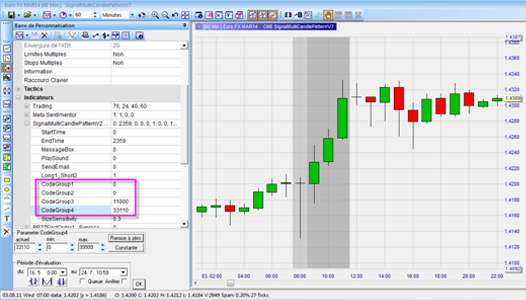 Example 3. You want to find two to four negative (red) candles followed by one or two positive (green) candles. Define two groups. One for the negative candles. One for the positive candles. If the relative height of the groups is not relevant to you, the codes are 24220 and 12110. 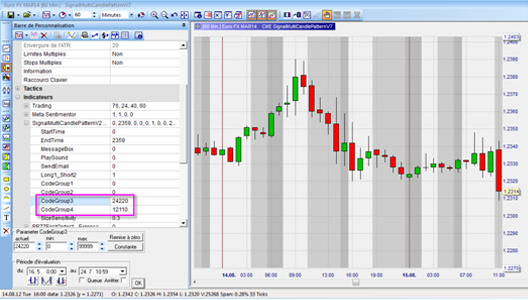 Example 4. Similar to Example 3 you want to find two to four negative (red) candles followed by one or two positive (green) candles. However, in this example, you want the positive group to be twice the size of the negative group. This requirement changes the codes to 24224 and 12118. 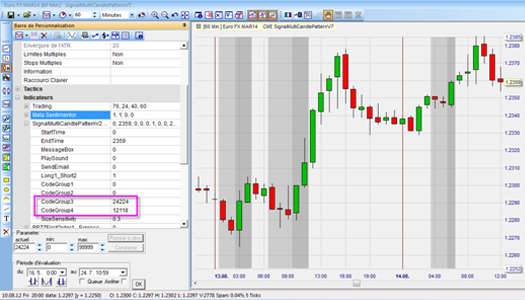 When to open a position?

Remember: by using the TacticOrder tool you automate these signals in a simple way without any programming.